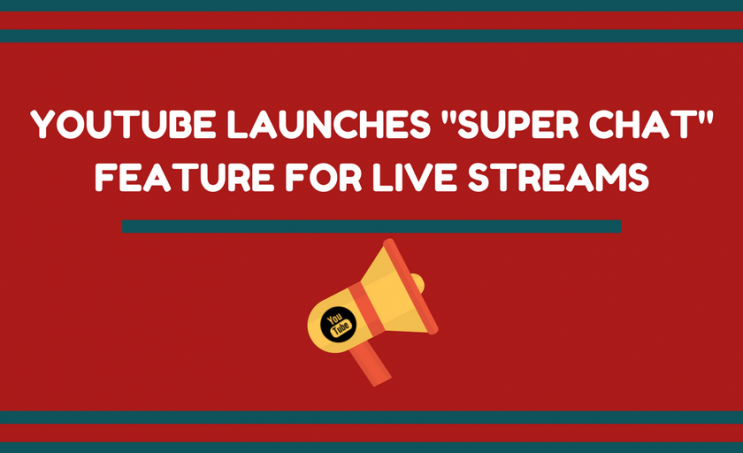 Although YouTube has released a variety of features over the past couple of years that make it relatively easy for popular video stars and social media celebrities to make money, it seems like life just became a little easier with this new Super Chat feature. As of today (on select channels only), anyone that is watching a live stream will have the ability to push their comment to the top for up to five hours. The incentive for end users is having the ability to get their message seen by content creators, avoiding getting lost in an endless stream of comments. Yours truly can attest to the fact that it’s relatively painful to get yourself heard by major influencers when comments are being sent via Facebook, Twitter, Instagram, YouTube, and more. This new feature allows fans to essentially “skip the line” and pay to have their comments seen by influencers and viewers alike. All an end user needs to do is click on the dollar sign button within the chat interface to feature their comment. As of today, the feature is only available on the web and the Android app – iOS support will come later. You can see a little demonstration of the feature below via YouTube’s official blog post.

For YouTube channel owners, this is yet another way they can monetize their following and engage with fans online. The only potential downside here is having the feature abused, with negative comments, disparaging remarks, and potentially hostile/inflammatory messages being promoted. It remains to be seen how YouTube will deal with abuse to the Super Chat feature, but as long as content creators and YouTube are making money, I imagine there won’t be many restrictions to what a user can promote as a comment.

As of yesterday, the Super Chat feature is only available via a few channels, such as iHasCupquake, Great Library (buzzbean11) and Alex Wassabi. YouTube plans on rolling out the feature for content creators in 20 countries and live stream viewers in more than 40 countries.

Will this encourage content creators to create more live streams? That remains to be seen, but this is certainly an interesting time for social media celebrities on YouTube.