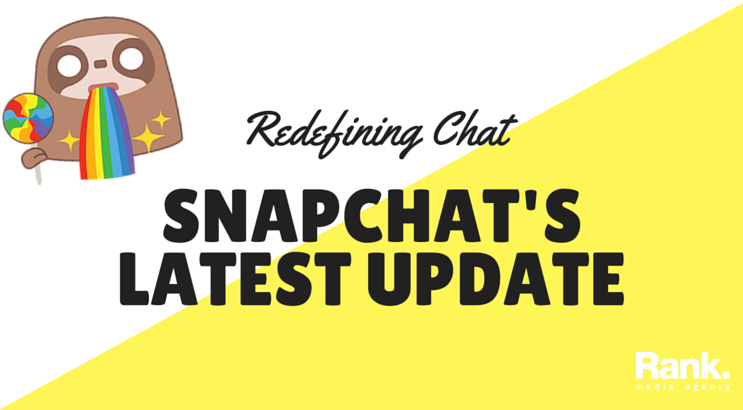 Snapchat’s latest update is going to take it from being a simple messaging and photo sharing app to a full blown communication app.

With the first version of Chat released 2 years ago, the company has taken the feature one step further with Chat 2.0, making it a real contender against WhatsApp and Facebook Messenger. The app now allows for video and audio calls with the hopes of closing the gap between it and actual face-to-face communication. With a simple tap of the video icon, users can launch a video call with another user. If the recipient if busy, users can leave a 10 second GIF like video note or a short audio note. Users can also easily toggle between audio and video calls as well as send photos and over 200 new stickers to recipients during calls.

The update also revealed a new emoji that can appear next to a friend’s name. When Snapchat first started displaying emojis last year, they were meant to describe the sort of relationship a user had with that friend. The new hourglass symbol indicates that your Snapstreak (when users have Snapped each other within 24 hours for more than one consecutive day) with your friend is about to end. In order to maintain a Snapstreak, users are motivated to keep the conversation going by sending a quick snap to their friend.

Another new feature being rolled out with the update is Auto-Advance Stories. Once you get to the end of one friend’s story, the next story in your list will begin to play. You can easily skip stories by swiping left or exit by pulling down. A feature like this is great for businesses as it can easily boost your stories’ view counts.

From branded geo-filters to Chat 2.0, Snapchat is stepping up its game for its 100 million daily users.