Pinterest: The Next Social Media Giant or a Temporary Fad? | Rank Media

Pinterest: The Next Social Media Giant or a Temporary Fad? 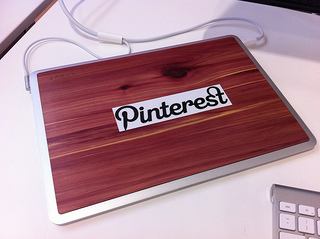 Social Media is growing at an alarming rate, and every day there seems to be another entrant into the market dominating the headlines. However, no platform has become an Internet sensation as quickly as Pinterest has become over the past year. Marketers are only beginning to learn how to properly exploit Facebook and Twitter for their marketing efforts. Pinterest is now the “new kid on the block” for the following reasons:

– Dating back to May 2011, the amount of total unique visitors increased from 418,000 to an astronomical 11.7 million, outpacing the growth of both Facebook and Twitter compared to their launches. This growth is even more impressive considering members can only register on an invite-only basis.

– Pinterest was the sixth highest referrer of Traffic in February, jumping ahead of notable Social Media Marketing platforms such as Google Plus, Youtube, and even Twitter. Still in its infancy, the power of Pinterest in driving referral traffic needs be exploited by businesses that utilize imagery to influence sales (for example: restaurants and clothing companies).

– Daily users on Pinterest have skyrocketed since the beginning of 2012, jumping an astounding 145% overall. Research indicates that the average user will spend more than double the amount of time on this burgeoning site than Twitter.

While businesses are still in the learning stages of how to properly integrate Pinterest into their Social Media Mix, it’s evident that Pinterest is going to become a crucial component of Online Marketing strategies in the future, particularly for B2C models. Websites and Blogs are beginning to incorporate Pinterest plugins as well, increasing opportunities for businesses to share content. While “pinning” and “repinning” seems simplistic in nature, creating exposure via this new channel can prove to be advantageous in marketing new designs and products.

Will Pinterest remain a Social Media giant? Time will tell, but with the simplicity of managing a profile and enormous potential to drive referral traffic, it will provide businesses with ample opportunity to carve in their real estate on the platform and build customer relationships in a unique yet effective manner.