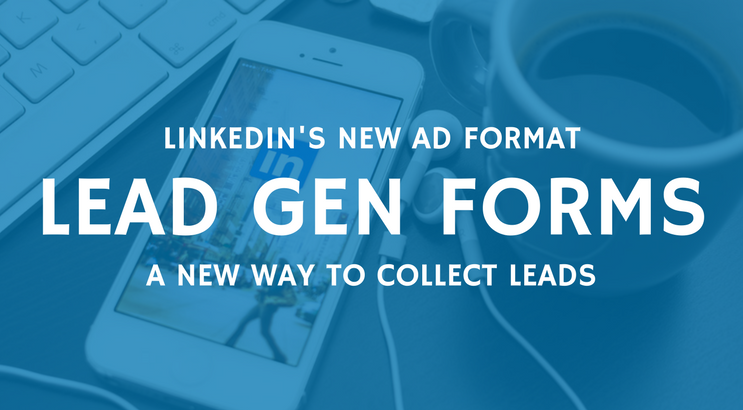 Capturing form submissions can be quite a hassle for any type of business within the digital environment. Every time a step is added to the conversion funnel, there’s an inherent risk in having a number of users drop out and abandoning the entire process. Conversion rates are likely to suffer even more on mobile devices, especially if your website is not up to snuff or you require users to fill out more than a couple of fields. Luckily, it seems like the people behind major media buying platforms are quickly becoming cognizant of this issues and providing businesses with solutions to combat potential issues. Following in Facebook’s footsteps, LinkedIn has launched Lead Gen Forms, which will help advertisers collect user information directly within site via Sponsored Content campaigns.

As illustrated by the interactive GIF above, filling out a form on LinkedIn is relatively easy for end users within the mobile application. As an advertiser, you can either use existing content posted to your LinkedIn page or create new content within a Sponsored Content campaign. Some of the benefits of using Lead Gen Forms as an ad format over traditional website-click campaigns for lead generation purposes include:

Advertisers have the ability to customize the message on the “thank you” page after a form is submitted, where they can direct users to visit the company website to learn more. Overall, this is a move in the right direction for LinkedIn. As we have covered in numerous posts on this blog, marketing on mobile devices has become a vital component in any strategy, especially when it comes to social media marketing. According to LinkedIn, an estimated 80% of engagement with Sponsored Content occurs on smartphones, which means offering advertising solutions dedicated to increasing conversions rates on mobile devices is essential.

The initial rollout of this feature is currently available to all advertisers, but targeting is restricted to users that use the official LinkedIn mobile app. The company has stated that they will extend the ad format to both Sponsored Content campaigns on desktop devices and Sponsored InMail campaigns later this year. As LikedIn continues to diversify its ad offering (such as the Sponsored InMail campaigns), the more valuable it will become in the B2B environment…and a viable option for your media budget.