How Instagram Is Beating Snapchat at Its Own Game

How Instagram Is Beating Snapchat at Its Own Game 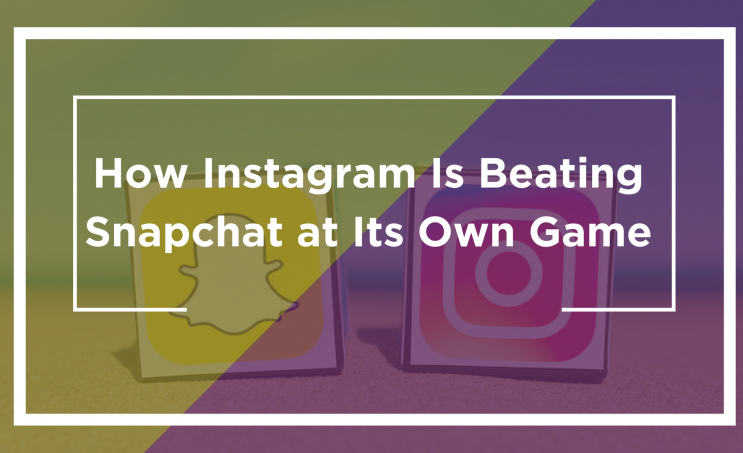 When Instagram Stories launched last year, news sites lamented the fact that it was derivative of Snapchat’s Stories feature and brought nothing new to the table. However, in only nine short months, it seems like Instagram’s feature has caught lightning with users, surpassing Snapchat when it comes to daily active users. With 200 million active daily users compared to 160 million daily active users for Snapchat, it seems like Instagram’s clone has been a resounding success. While this is certainly not the death knell for Snapchat, it is quite disconcerting that Instagram’s blatantly copied feature is becoming far more popular and widely used than the original. Here are some reasons that may have contributed to Snapchat’s fall from grace in recent month.

While social media marketing platforms such as Facebook, Twitter, and Instagram have made it a relatively straightforward to connect with users, Snapchat has made the process rather confusing. However, the inability to quickly add new users might be one of the aspects that appeal to Snapchat’s fanbase. Unlike all of the other applications referenced above, images are ephemeral on Snapchat, and you can send them to specific users without having everyone in your network catch a glimpse of what you share. That said, if you want to build your audience actively, you need to rely upon exterior channels to promote your Snapchat account as there are limited discovery tools within the app itself.

When it comes to building audiences and creating engagement, sharing links and tagging users plays a vital role on Facebook, Twitter, and Instagram. However, these tools are absent on Snapchat, making it challenging to build an audience without spending significant budgets on advertising. Well-known influencers don’t have the ability to naturally link to exterior channels via Snapchat, making it difficult to drive traffic to external content.

3. The audience on Instagram is far larger and more established

Instagram has taken the world by storm over the past couple of years, so much so that it has eclipsed 700 million monthly active users, a feat that is currently far beyond what Snapchat has been able to accomplish thus far. With a far larger audience on Instagram, influencers and content creators are more willing to invest time into branding themselves on the popular multimedia sharing mobile app because they can reach a wider audience than they can on Snapchat.

What does this mean for Snapchat?

Snapchat has been venturing through difficult times recently, with its stock falling in recent weeks. However, the company has just made its self-serve advertising platform publicly available, which should give businesses and influencers alike an opportunity to boost brand awareness and generate more engagement within the platform. Snapchat is also going through a turbulent period that Facebook went through with regards to its stock price, which turned around after a couple of years of posting robust growth and revenue numbers. Unfortunately, it seems like Instagram, a social media platform that cloned Snapchat’s main features (don’t forget the private messaging), has the rather young social media company chasing the competition to get back into first place. It should be interesting to see what Snapchat can do to distinguish itself from competitors and steal traffic back from the new King of Stories, Instagram.