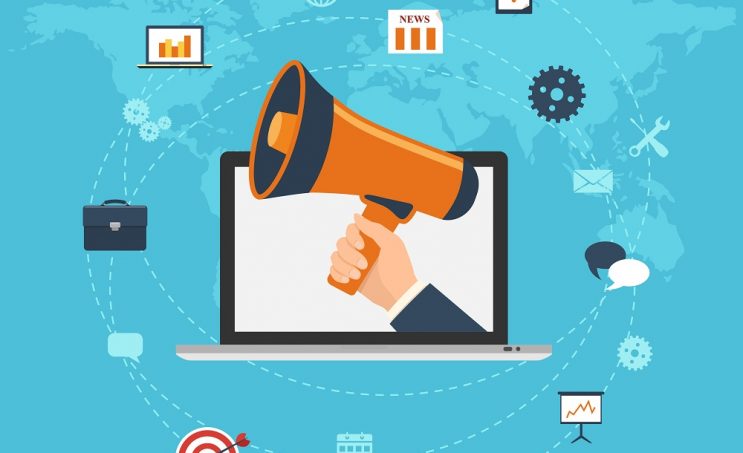 A lot has happened over the past seven days. For the sake of brevity, we’ve compiled a breakdown below.

For the longest time, advertisers bidding on keywords via Google’s AdWords platform competed to have their ads show on top of organic results or to the right of them. However, it seems like Google’s latest update is causing a seismic shift with regards to search engine marketing strategies as they are no longer displaying ads to the right of search results. Instead, Google has now increased the amount of ads that show above organic results from three to four, with the remaining spots for ads shown below the top 10 listings. See the example of the new layout below:

What does this mean for media buyers and SEO strategists? Not too much of a shift in overall strategy, but this will likely result in the following:

The interesting fallout in all of this will be to see how much of an impact this has in the split of traffic between paid results and organic listings. For highly competitive verticals, search ads will likely occupy a great deal of real estate above the fold, which may decease click-through rates for the top organic listings. However, in less competitive spaces, there shouldn’t be any impact on the amount of traffic going to organic results. As for media buying, advertisers focusing on a mobile strategy won’t see much of a difference, but for businesses that used to capture a good amount of traction in the #5-8 positions, they will most likely see their traffic diminish from these spots. As a result, a shift in strategy will be needed, whether it’s increasing bids for the top four spots or targeting long-tail / alternative keywords that are not as competitive.

In an effort to give users the ability to do more than simply “like” a post, Facebook has rolled out Reactions, which will serve as an extension of the aforementioned Like button. This update will give users the opportunity to tap any of the following icons: Like, Love, Haha, Wow, Sad, or Angry. Note that there still does not seem to be a dislike button, which drew some angst from users on Twitter and around the web. Once users on desktops hit the like button, they will be prompted to select one of the emojis should one of the reactions better reflect their sentiment. On mobile devices, all you need to do is to hold on the like button to bring about the Reactions menu.

This redesigned version of the Like button will give users to opportunity to better reflect what they are feeling with regards to each post. As to which emoji to choose, Facebook decided to focus on which sentiments users expressed the most within the site. To achieve this, they analyzed which stickers, emoji, and one-word comments were used most frequently and used those results to shape the dashboard users see today. For Facebook page managers, this will provide deeper insights into the reactions people have with regards to the content published on a daily basis. It’s also likely that this can result in more engagement as users can accurately display their reactions for content that really isn’t likeable (eg: a post that is more sad in nature than happy).

Google made it abundantly clear in April last year that mobile is the way of the future when it rolled out it’s mobile algorithm update, colloquially referred to as “Mobilegeddon”. Google took another big step this week by launching accelerated mobile pages (AMP) within search results. The Accelerated Mobile Pages Project is an open source initiative headed by Google in conjunction with publishers and tech companies from around the world. The goal is to improve the performance of web pages on mobile devices, essentially having pages load instantaneously so that users do not have to wait for rich media and graphics to fully load before reading content.

How will this experience look like for mobile users? The representation below from Google’s official blog illustrates the ease that users will have in accessing AMP pages:

Users searching for information via Google on mobile devices will be able to readily identify which results link to an AMP page as those listings will have the AMP label and lightning bolt icon. WordPress has jumped on this train rather quickly as the tech company announced that WordPress.com websites will automatically support AMP. Self-hosted WordPress websites will be able to enable AMP by installing a plugin, which will make the transition easy for many content publishers and businesses to follow. It will be interesting to see how many websites start enabling AMP markup, especially if plugins such as the one developed by WordPress support a wide range of features and ad networks.

When it comes to managing customer service inquiries, brands often forget about the power of social media platforms such as Twitter. Although there seems to be mixed reactions among general web users about the relevancy of Twitter, it has proven to be an effective tool for customer service time and time again. In order to facilitate discussions between companies and users, the social media company has launched two new features that will improve the customer service experience on Twitter. These include:

It will now be easier for users to send direct messages to brand pages from the conversation. Business pages can now add a link within their Tweets that will display a call to action button prompting users to send a private message. The revamped process makes it easier for Twitter users to send information via direct message within a conversation, saving users the time from going to the brands profile page and finding the DM button. This feature is now available for all businesses around the world.

Companies that actively improve their customer service departments thrive on the feedback they receive from end users. For those of you familiar with Google AdWords, you’ll recognize the prompt at the end of the call to stay on the line to answer a customer feedback survey. Companies utilizing Twitter as a communication tool can now receive pertinent feedback from customers after a conversation ends. This featured will allow businesses to use one of two industry standard question formats: Net Promoter ScoreSM (NPS®) and Customer Satisfaction (CSAT). As you can see in the GIF provided by Twitter below, it will be relatively painless for users to submit feedback. Unlike Direct Message deep links, the Customer Feedback feature will rollout slowly over the next couple of weeks to select brands, which means that it may not become a standard feature for all businesses for a while.

The proliferation of mobile devices has significantly impacted the world of digital advertising over the past couple of years. Facebook in particular has reaped the rewards of users migrating to mobile devices on a daily basis as more than 50% of their advertising revenues comes from tablets and smartphones. In order to give advertisers the arsenal needed to keep users engaged and convert traffic, the social media giant has launched a new ad format called Canvas.

As illustrated above, Canvas is a post-click mobile ad format that occupies the full screen. This new format aims to optimize the user experience after clicking on ads. A typical issue that can arise from campaigns that drive users to landing pages is that they can load slowly depending on the destination. With Canvas, advertisers can now develop a post-click experience that captures the attention of users and engages them with multimedia, copy, and call to action buttons. As with photos and videos hosted via Facebook, the new Canvas ad format will load instantaneously, which mirrors the recent Google AMP updates and Facebook’s very own Instant Articles.

Want to impress your audience with this new ad format? Facebook has made the Canvas Tool builder available via the Power Editor and page Publishing Tools. Of course, if you still are not sure about which Facebook Advertising campaigns you need to utilize to achieve your objectives, we can give you a hand in developing a strategy.

That’s quite a lot of news in one post, right? Gotta love the digital marketing landscape – nothing stays the same for too long.